You Are Here: PUB - Simulation of an active disc brake with a hydro-mechanical torque-control

A paper on “Simulation of an Active Disc Brake with a Hydro-Mechanical Torque Control” was published at the GFPS PhD Symposium in Samara.

Hydraulic disc brakes are used in trains and light rail vehicles due to their high power density, compact design, and good dynamic performance. The braking force of active brakes is proportional to the hydraulic pressure. However, the generated braking torque is seldom a part of a closed-loop control and no counteracting action is usually taken against the several disturbances acting in the contact zone between brake pads and disc, where a variable friction coefficient arises.

A closed-loop active disc brake for trams is analyzed in this paper. It was found that the force exerted along the brake supporting rod is suitable for the estimation of the actual braking torque. Hence, this force is utilized as a feedback signal. By replacing the supporting rod with a hydro-mechanical control unit, a closed loop control of the braking torque can be realized, as described in this paper. 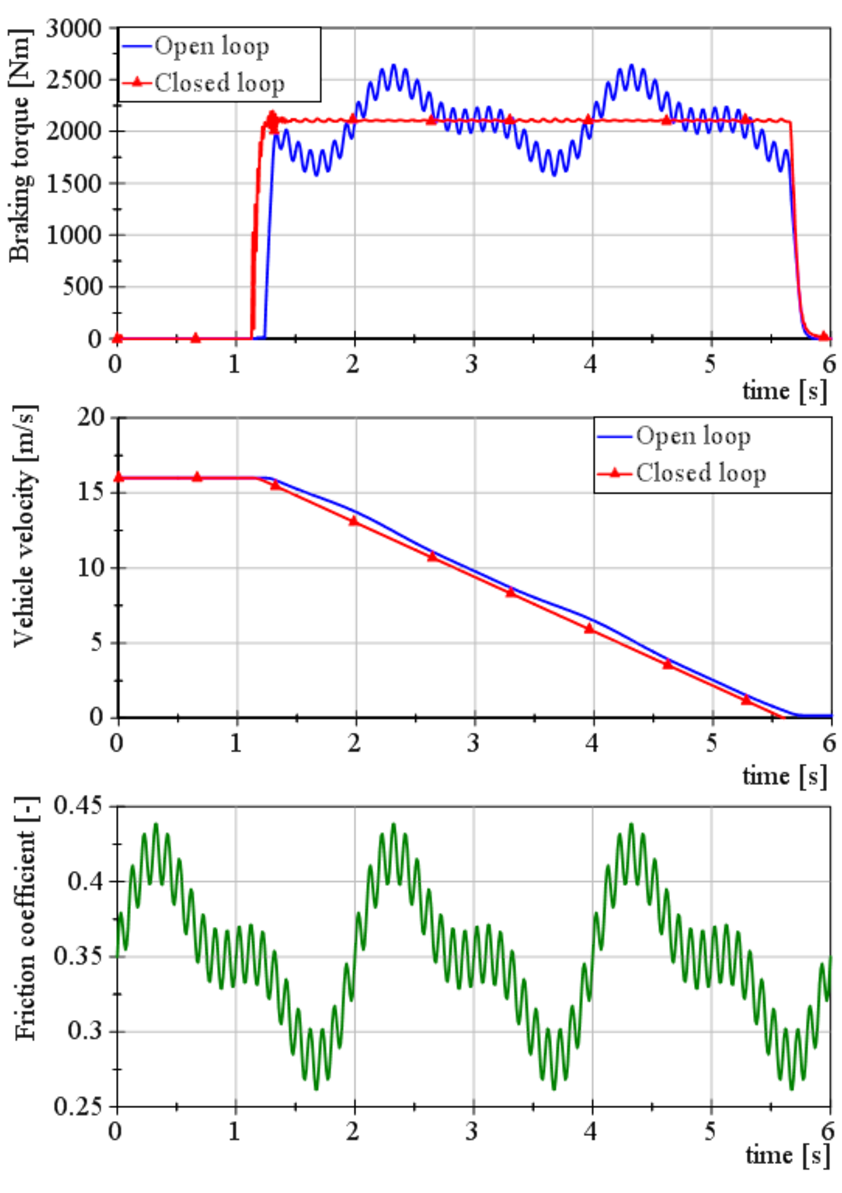